A Risk Most Marketers Won’t Take 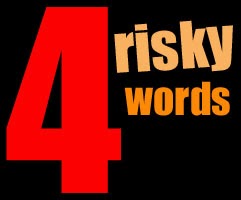 Nobody likes being told what to do. This principle dates back to a very early age. Tell a two-year-old toddler to go to
timeout and they very kindly break your eardrums as they shout their favorite word “no!” Ask a kid to eat their peas and they slyly spread them around on the plate—encouraged by your lack of knowledge of mathematics—hoping you won’t notice the sum of peas hasn't actually changed at all. Tell a teenager to clean their room and they silently curse you (while, of course, telling you no).

This leads us to a very important marketing principle. Reminding people that they have the freedom to say no makes them much more likely to be persuaded to say yes. Confused? Don’t worry, we were too at first.

This technique, known as “BYAF” (But You Are Free) is quite simple: after making a request, simply add (in so many words) “but you are free to choose.” Note, the exact language doesn't matter, so long as the message is incorporated somehow.

So for instance, companies that employ this tactic have reported that allowing their sales people to say, “you’re free to come back later if you’re not ready to buy now,” actually sell more.

In one study conducted at Western Illinois University, BYAF doubled the success rate in a data set of 42 studies involving 22,000 participants. It’s a risk most marketers aren't willing to take, but in the long run shows higher success rates of sales.

It should be common sense. People don’t like being forced into anything (timeouts, eating peas, or cleaning).  However, since this seems to be counter-intuitive to a salesperson, it’s a technique that gathers dust.  Utilize this principle in your business and even your personal life and see what happens to your closing rate.