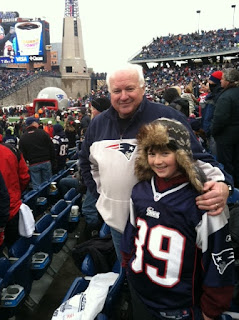 The temperature is rising at Curry Printing.  The employees at Curry are big fans of The New England Patriots and are excited for the big Superbowl Game this Sunday, February 5th.

To kick off the big weekend, Curry's employees will be having a Superbowl party at noon on Friday where lunch will be served along with prizes and other fun activities.  Curry's Patriots Fever is lead by none other than the owners themselves... Peter, Joe & Bob Gardner.

Is your business connecting with its clients and prospects through the channels they prefer most?


Smartphone sales have exploded.  In January of 2012, Google announced it is activating over 700,000 new smartphones per day.  That’s right, PER DAY!  Apple announced in the 4th quarter of 2011 it sold over 11.8 million iPhones.  Analyst from Morgan Stanley predict based on current patterns that mobile internet use will increase by 4000% by 2014.  Smartphones are here to stay and they are changing the way we communicate.